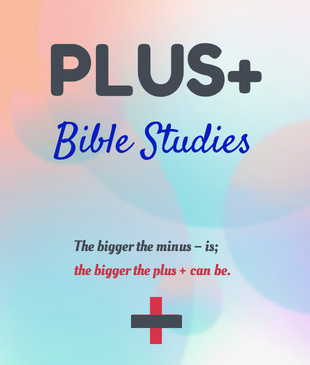 One of the Best Interactive Bible Study Methods

The PLUS+ approach is based on the simple fact that negatives and positives are nearly always easy to find in Bible passages. These negatives and positives can also easily be listed and discussed. At the end of a study, the passage is summarized by looking for the WORST things and the BEST things in the passage. This naturally leads to proper applications. This method can easily be adapted for use with children as well as youth and adults. It is great for personal devotions in addition to group studies.

The list of negative below are easily seen in Genesis 3:1-7. Some others could be added as well, such as about the beauty of the serpent before the fall (3:1) and the attractive appearance of the forbidden fruit (3:6) adding to the potential deception. -- To keep the study interesting, the leader should ask other members of the group to help provide the points as the text is discussed verse by verse.

✼ The serpent's question was deceptive (3:1).

After a list of negatives is compiled, the question becomes, "Which is the biggest minus or negative in the passage?" This should lead to lively discussion, since there is more than one possible answer. Some may say that the serpent (i.e. Satan) was and is the greatest negative. In a way, this is true. Yet, many others will argue that "eating the forbidden fruit was the worst thing." Such is also obviously correct, but there is more to it than that, as 1 Timothy 2:14 shows. Adam sinned willfully when he ate the forbidden fruit, and he was more responsible. Two obvious applications come from this. First, we should be careful regarding temptation so that we are not deceived. Second, we should not go along with other people in sin, like Adam did with Eve. There are other appropriate applications as well, including regarding the relationship between men and women in the church, which is the subject in First Timothy chapter two.

The David and Goliath story provides an excellent example of the PLUS+ study method. Goliath was bad, but so too were David's brothers, and the fearful people. The biggest negative was not Goliath, but the unbelief of the people. So the application is not to be like them. On the positive side, the BEST thing in the story, humanly speaking, was David's faith, but it is important to also remember that God had prepared David for facing Goliath. God was good! 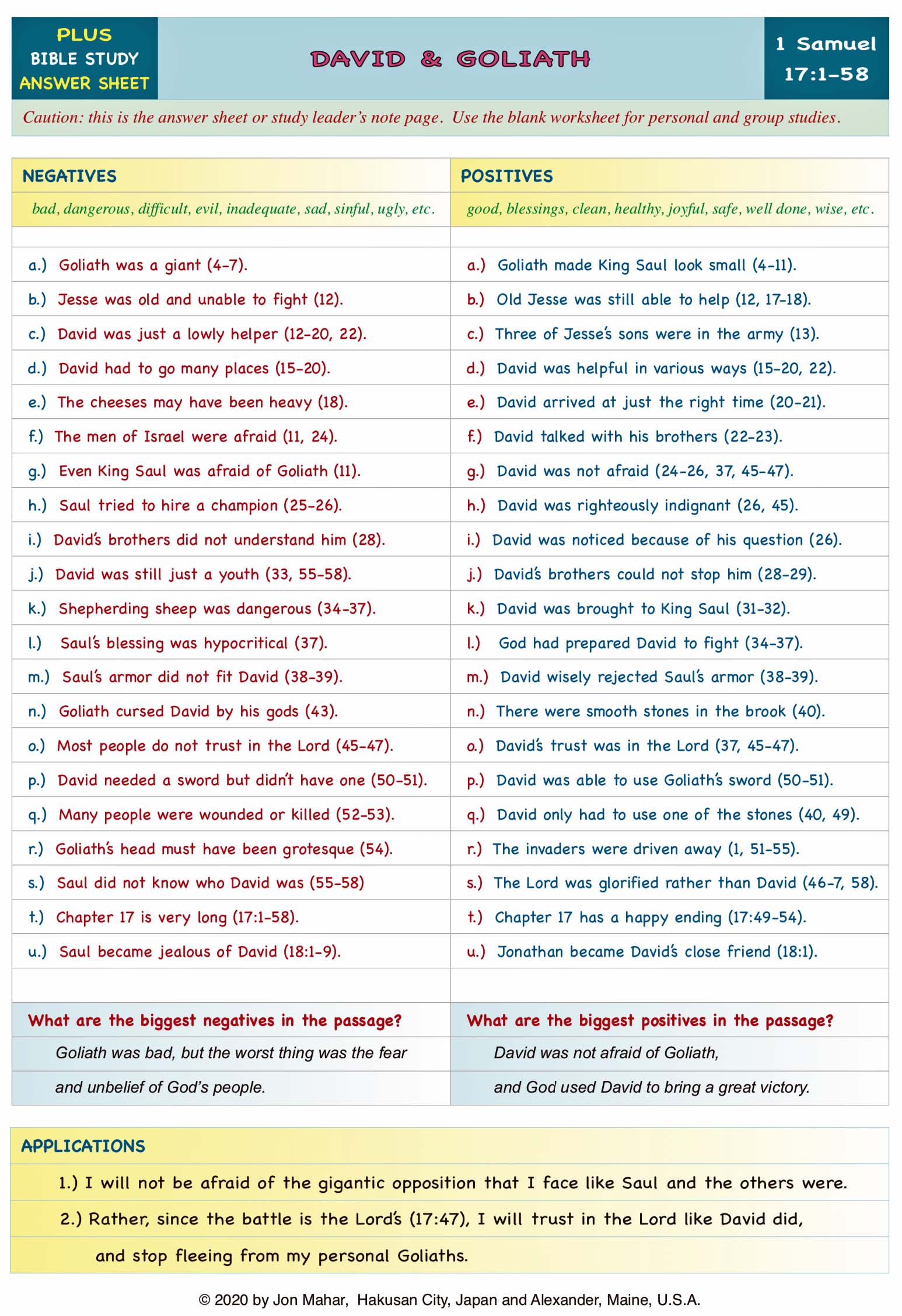 This simple method works especially well in narrative passages. So most, but not all, of the sample studies are on such passages. Each of the six studies linked below has several pages, but PLUS+ studies can be totally paperless, using discussion without any printouts.

All materials on this website may be freely copied and printed for personal, home, church, and school use, but they may not be sold. All commercial rights are reserved by the author / Toa Ministries. -- Additional free material is available upon request via the form on the CONTACT page.