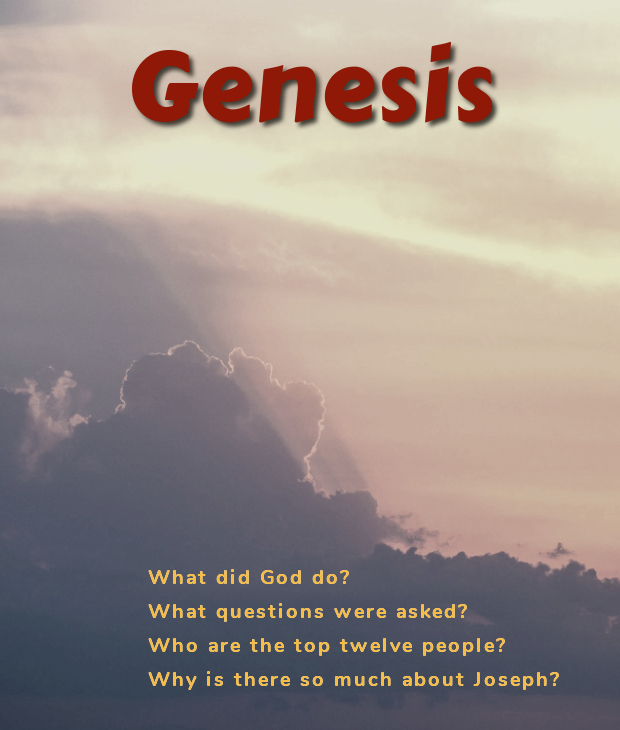 The Bible Top 55 set is great for studies in Genesis because twelve of the top 55 people in the Bible (22% of them) are found in the Book of Beginnings. They are listed below in chronological order and with their respective ranking on the Top 55 list. The cards can be used in several interesting and educational ways. 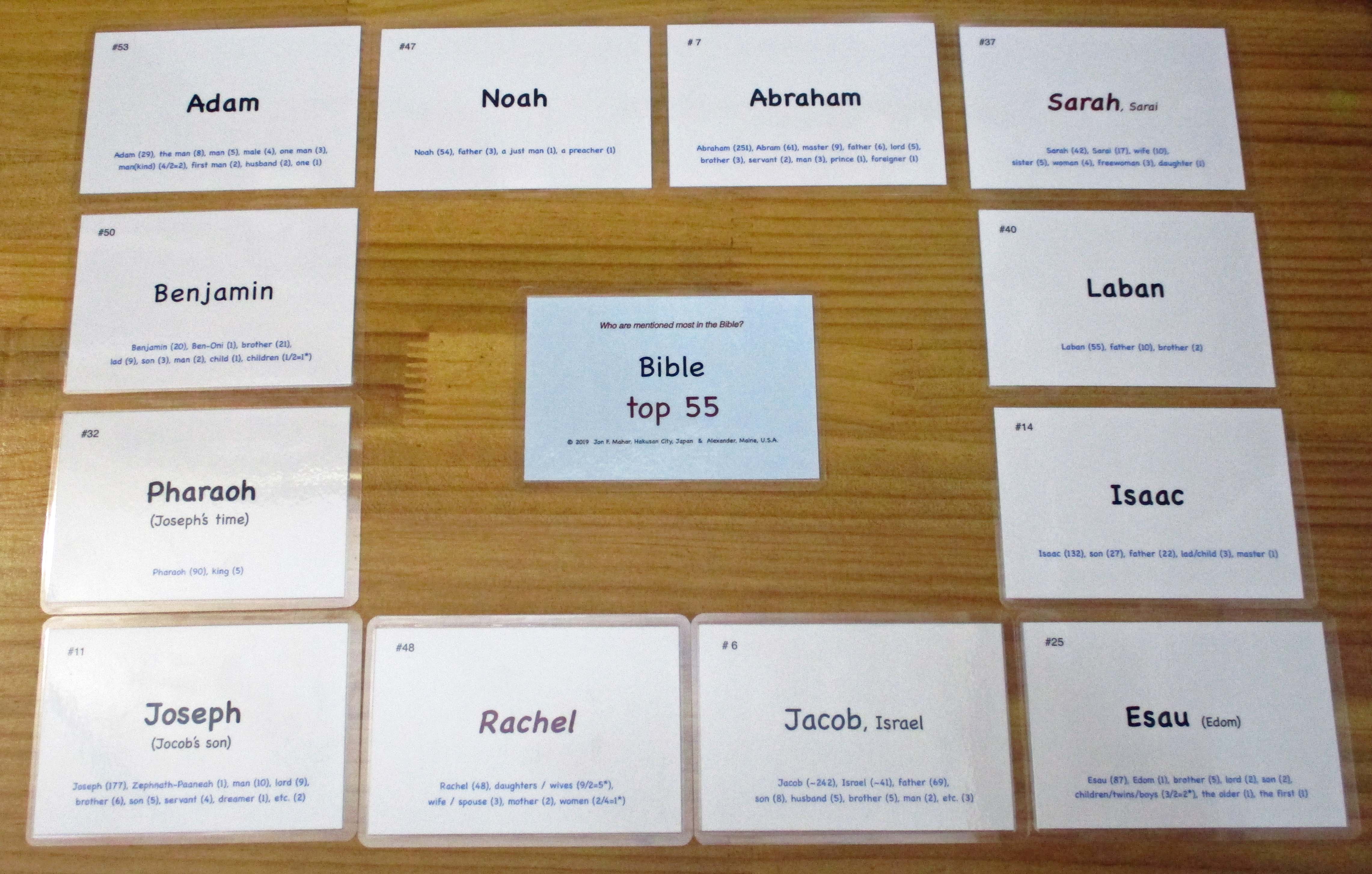 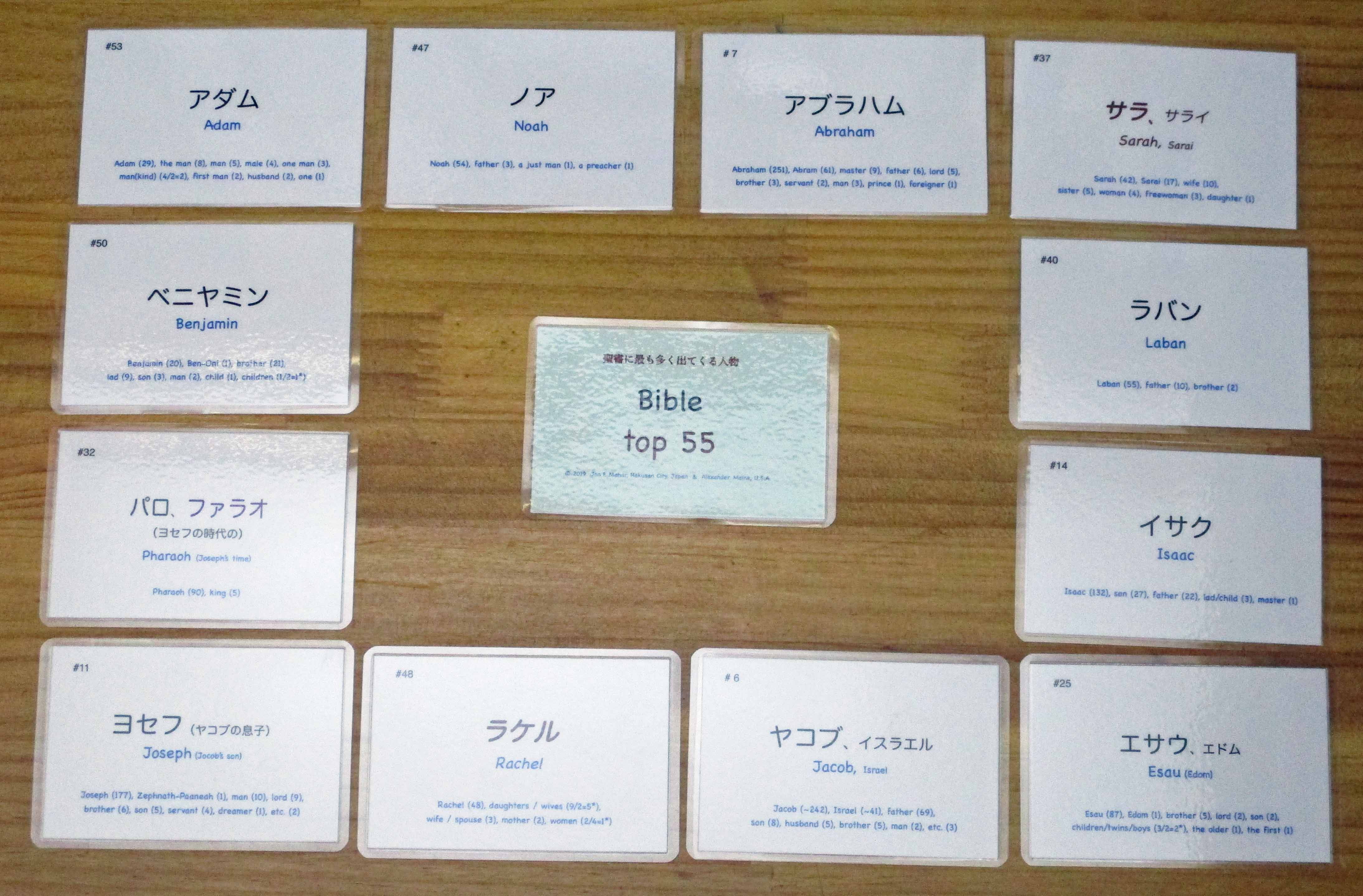 2a. Survey: The Questions Asked in Genesis

This is a great summary chart and outline of Genesis focused on the questions asked therein. It can be used to study selected questions asked and answers given throughout the book. One creative method of doing so is shown below in 2b. 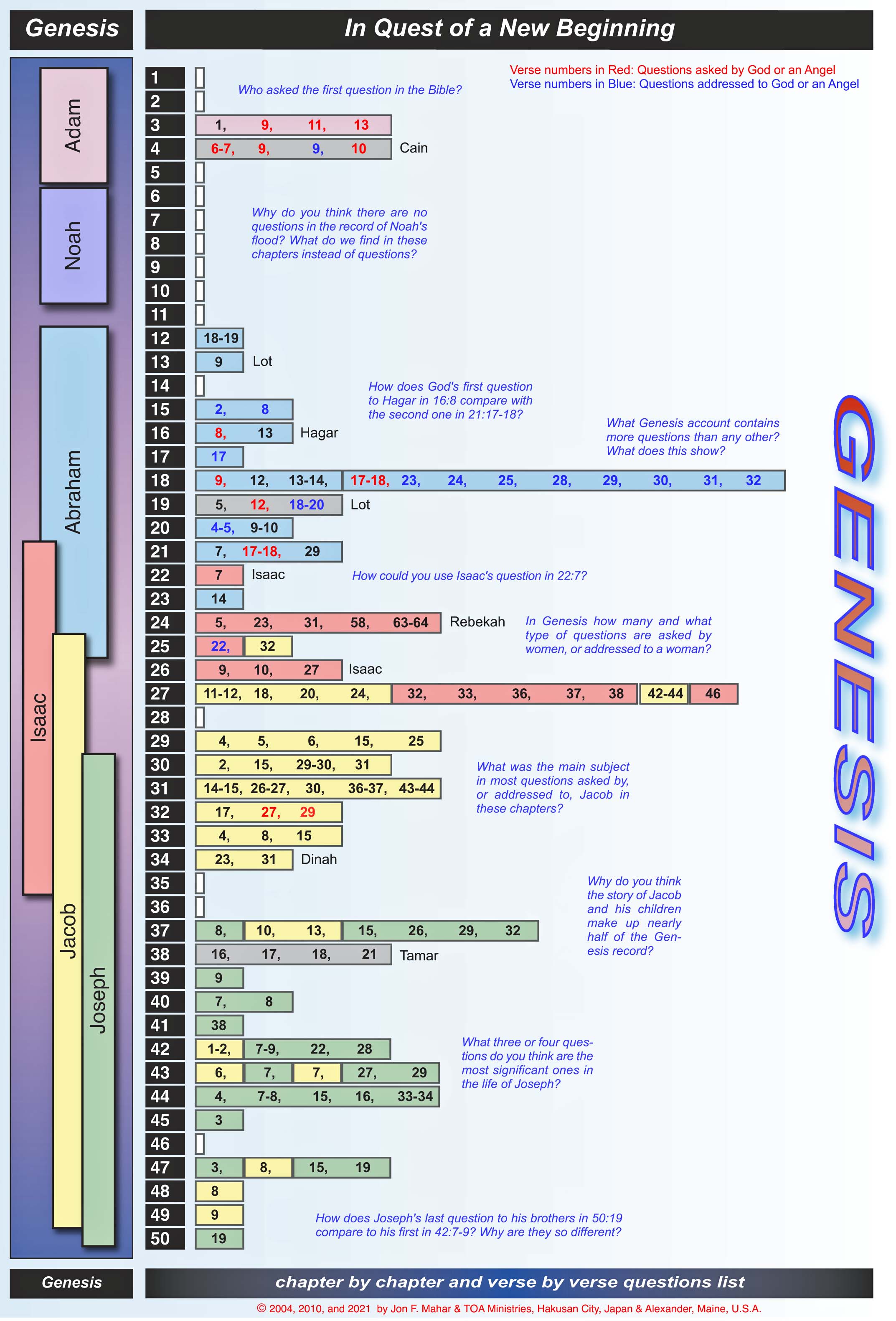 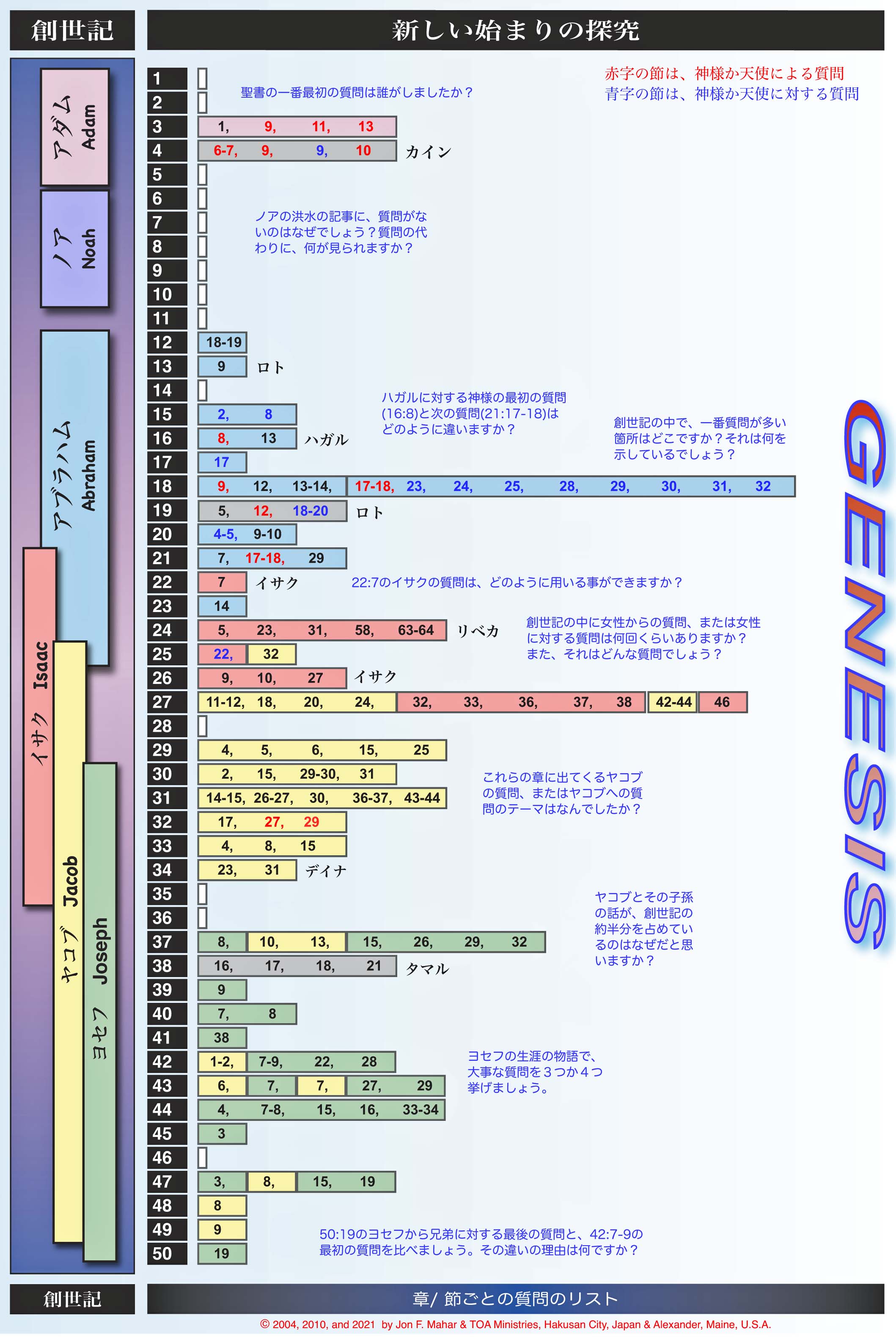 click here for the full-sizepdf of genesis questions (JP)

The set of 1300+ DESCRIBE-IT-YOURSELF cards and fast-scroll list can be used to describe the various questions asked and answers given in the Genesis. Choosing descriptive cards to use each time is like rapidly asking yourself ~1,300 questions about a specific Q&A interaction, one after another. For instance, how would you describe the answers that the men of Haran gave to Jacob when he came looking for Laban in Genesis 29:5-6. In answer to two questions, they first simply said, "We know him." and "He is well." However, since Rachael was approaching as they spoke they added, "And look, his daughter Rachel is coming with the sheep." Pointing Jacob toward Rachael, his future wife, was important though the men probably did not realize it. 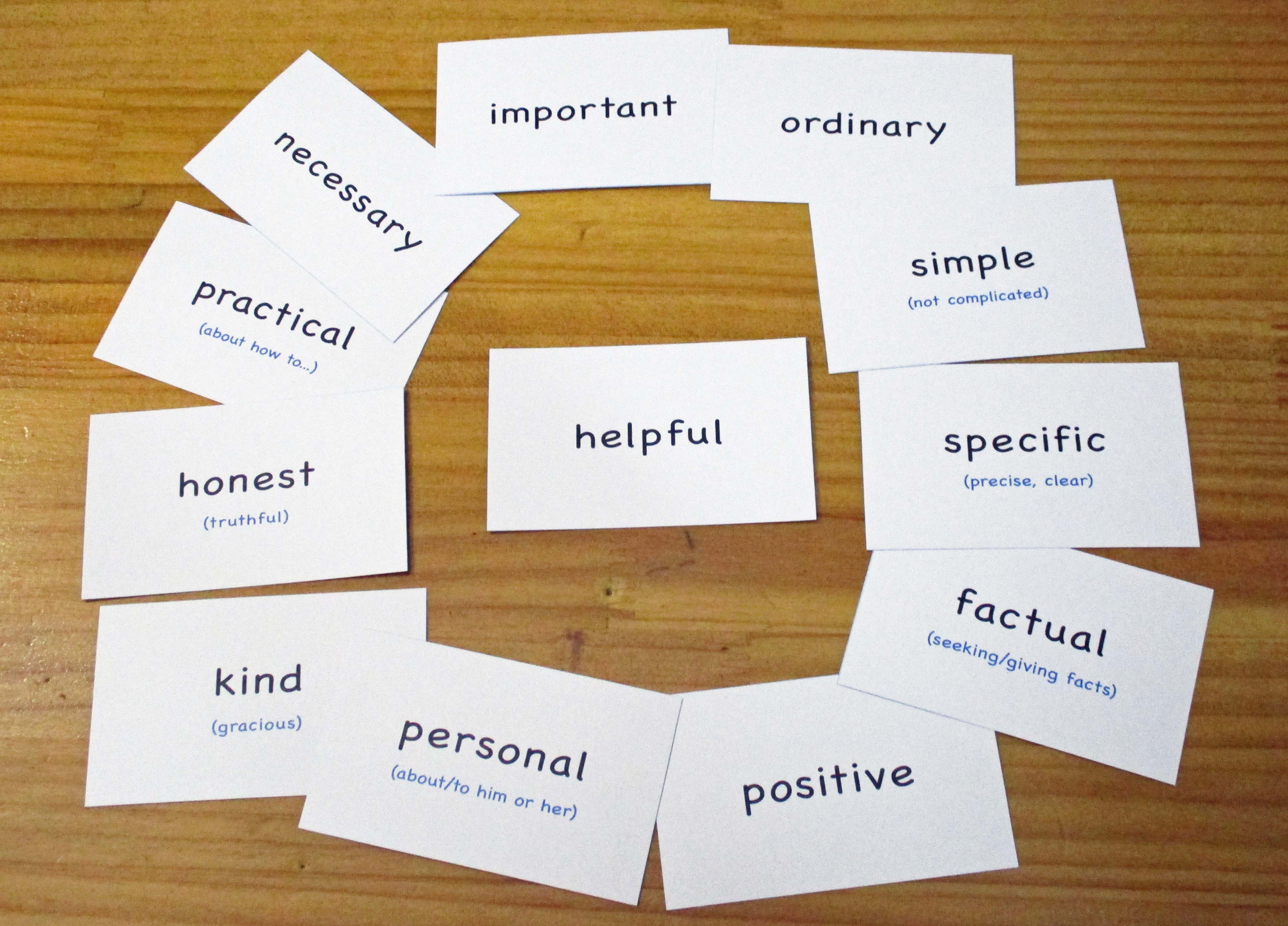 Above all, the men of Haran and their answers were helpful to Jacob, and various relevant Describe-It cards are arranged above to emphasize this. More importantly, however, it was God who was really helping Jacob and was gracious to him by having Rachael come at that time. Simple things are important, because God uses them. Sadly, we often fail to notice.

3. Creation, the Flood, and What God Does

Creation, of course, comes first on the list of 101 things that God does, did, and will do, but there are several references to Genesis on this great list. Creation and the Flood also are prominent in Second Peter chapter three which is covered in one of the Double-Top Bible Studies. 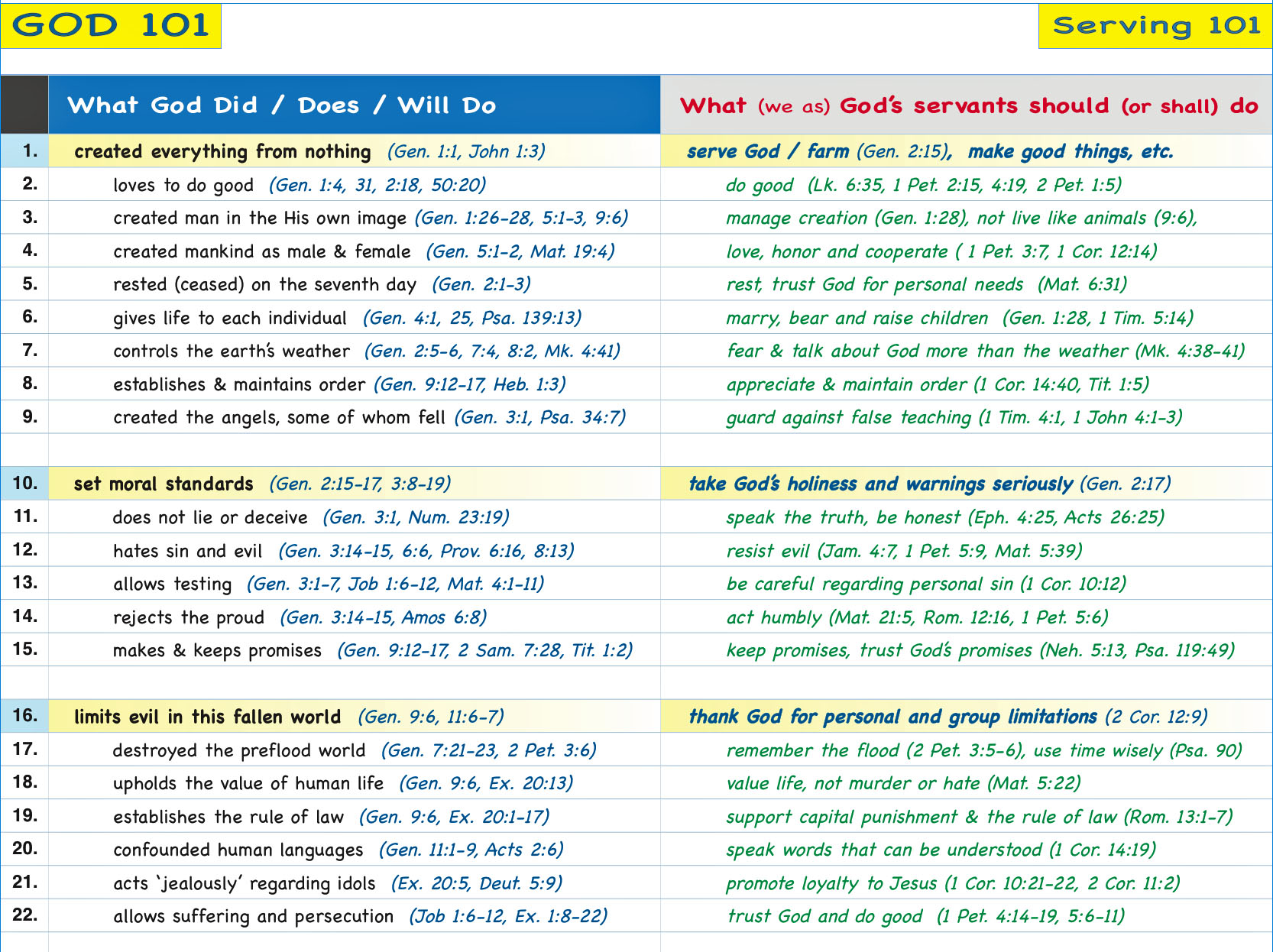 This is the Godless Times worksheet for the study on Joseph's betrayal by his brothers. 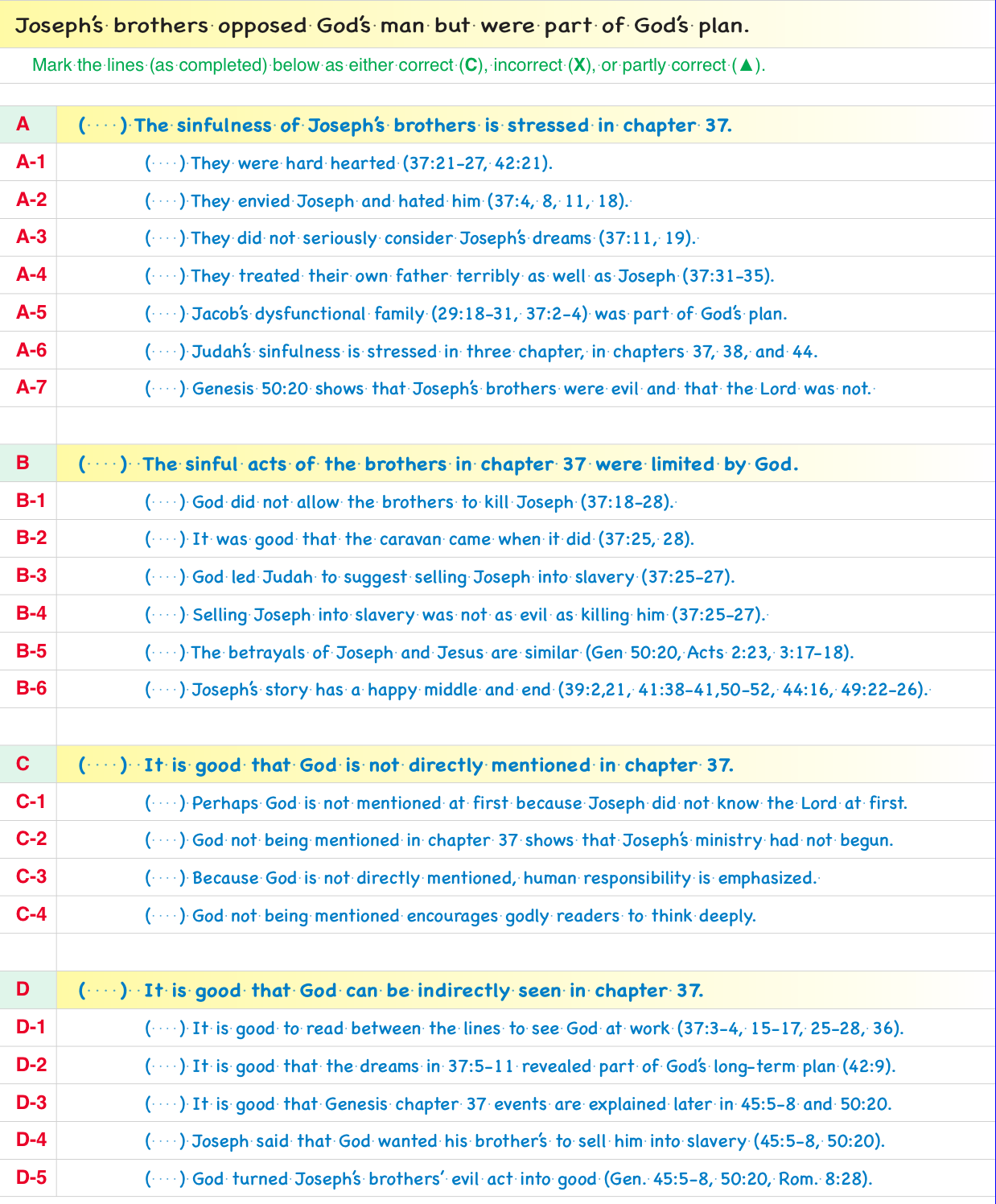 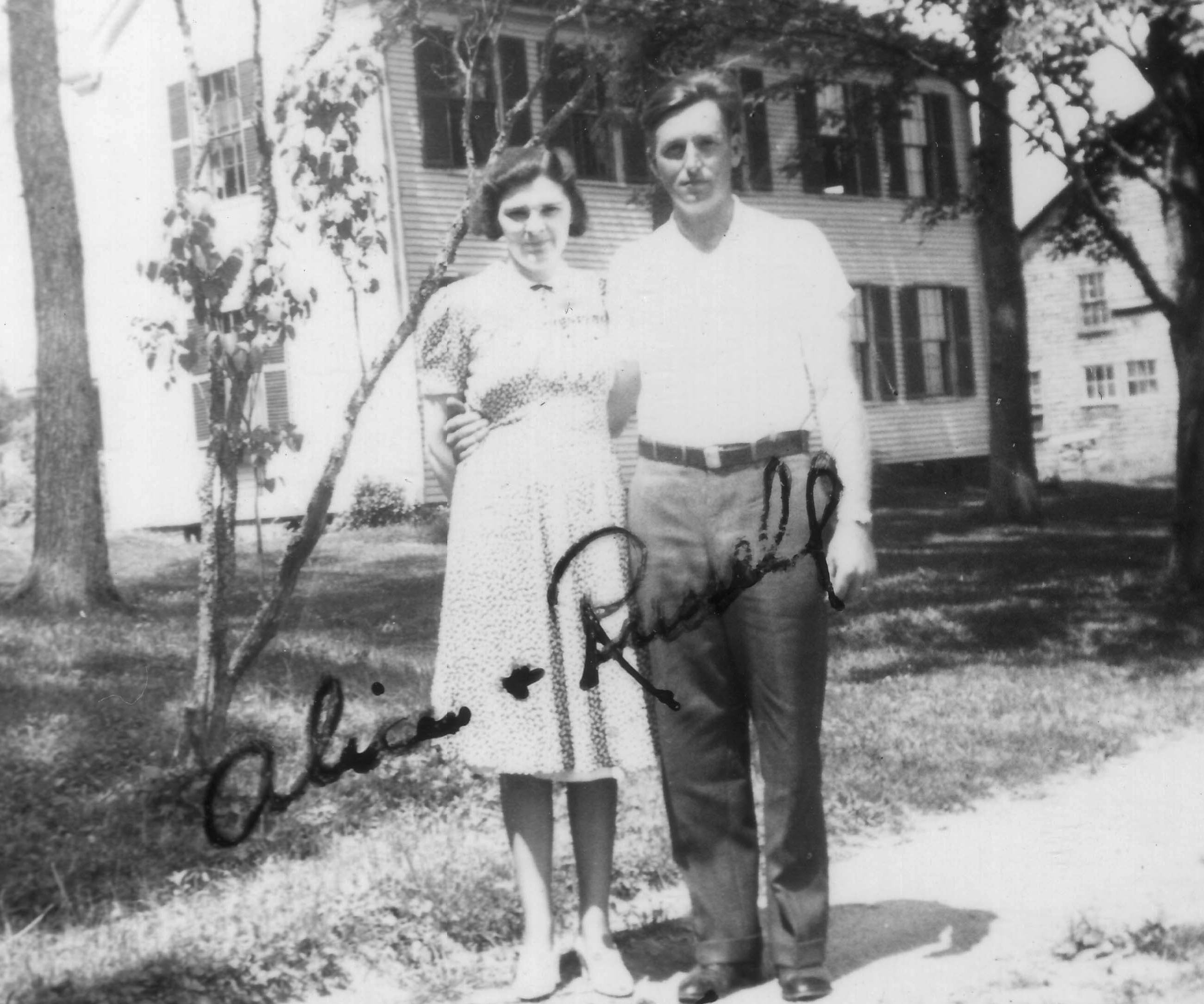 There is much about ancestry and moving in Genesis. So this is a photo of Jon's father and mother taken in 1942, probably just as they were leaving Maine for Connecticut where Dad worked during the war. His brother was born there in 1945, and Jon was born back in Maine after the war in 1948. Details like these will bore nonfamily members, but all families, tribes, and nations have background stories, and Genesis is full of them.

Check out these various ways to study Genesis.